2015 was a successful year in the world of Documentary Film following the release of several high-profile efforts including; Cobain: Montage of Heck, Amy and then The Wolfpack, released in the UK on the 21st of August, directed by Crystal Moselle.

The Wolfpack gives an insight into the lives of the 6 brothers in the Angulo family.  Each with long brown hair and brown eyes, dressed like characters from Reservoir Dogs, they are suitably nicknamed. What makes these brothers different from any other siblings you may have come across is the fact that for 14 years they were kept within the confines of their Lower East Side Manhattan apartment and were rarely allowed to leave. Their father Oscar was the only one with a key, and they were home-schooled by their mother, Suzanne. The sole form of income being welfare benefits and home-school allowance. Their only escape was to indulge in watching copious amounts of films and they have all become self-confessed cinephiles with a film collection of over 5000 VHS’s and DVD’s. This became their portal, their only window to the world outside of their apartment. They spent hours copying down scripts and recreating their favourite films, such as Pulp Fiction and Batman. This film follows the boy’s at the most important time of their lives so far as they begin to venture outdoors and submerge themselves into the outside world, embracing their new found freedom.

Their father Oscar, a Peruvian immigrant met mother Suzanne in his native country, and soon after they attempted to bring their free-spirited ideals to the Lower East Side of Manhattan, a far cry from the landscapes of Peru. An irrational fear of the New York streets led them to keep their boys away from the social pressures that come with ‘normal’ life. Within the film Suzanne often expresses how this life is not what she intended for her offspring and that she pictured them running through fields ‘like they do in the movies’ and had originally wished to move to Scandinavia. 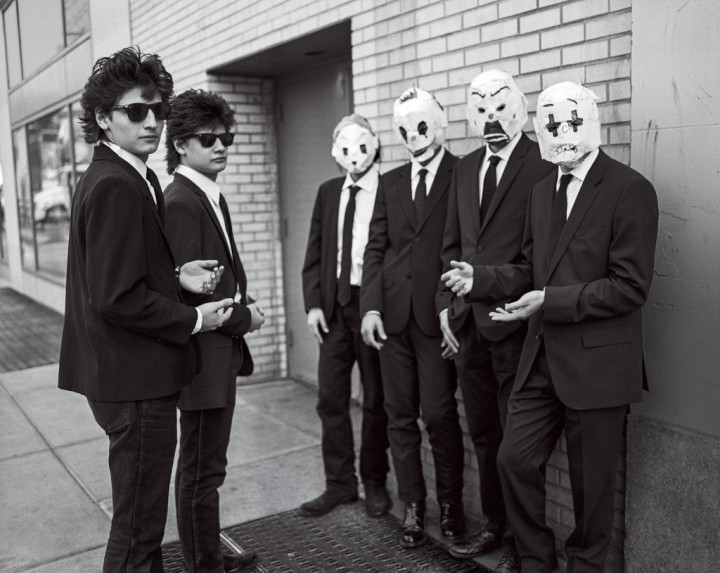 Throughout the film it becomes apparent that this particular way of life is Oscar’s will, and Suzanne has little say in the way their family life is conducted. At first our only perception of Oscar is constructed through interviews with his family, home videos and shots of him from afar. But it isn’t until quite a while through the film that we actually get to see Oscar talking to the camera first-hand. Oscar gets off lightly during his interview and indeed the entire film as he gives roundabout answers to the questions thrown at him. By this point of the film his lack of coherent answer makes him look much like someone who is guilty, troubled and too wrapped up in his own ideology to fully realise the crippling power he has had over his family and the repercussions this will have on his children in the years to come.

The film is beautifully put together and their home videos play a big part in the film, helping to paint a picture of the family dynamic prior to Crystal’s entrance into their lives. Scenes of their Manhattan surroundings convey life outside, and what seem like shots of everyday people doing everyday things to you and I, are worth much more to the boys that have lived such sheltered lives.

For the audience it’s easy to see how enclosed this family have become, and the power that Oscar has had over not only his children, but Suzanne too. Without giving too much away, it is often mentioned that out of all the family members under Oscar’s control Suzanne is the one with the most rules. I felt that the film hinted at her hardships but as it never fully investigated them it left a bitter after-taste. As the film progresses the dark undertones of the story become more apparent, despite a lack of attention drawn to the inferred abusive nature of the story.

Considering the nature of their up-bringing the boys appear open, honest and articulate, a credit to their mother. The film has been honoured with the Grand Jury Prize at Sundance Film Festival, and showcases a measurable amount of potential and talent. If Moselle continues on this upward trajectory we can expect many more fascinating and thought-provoking works in the future.